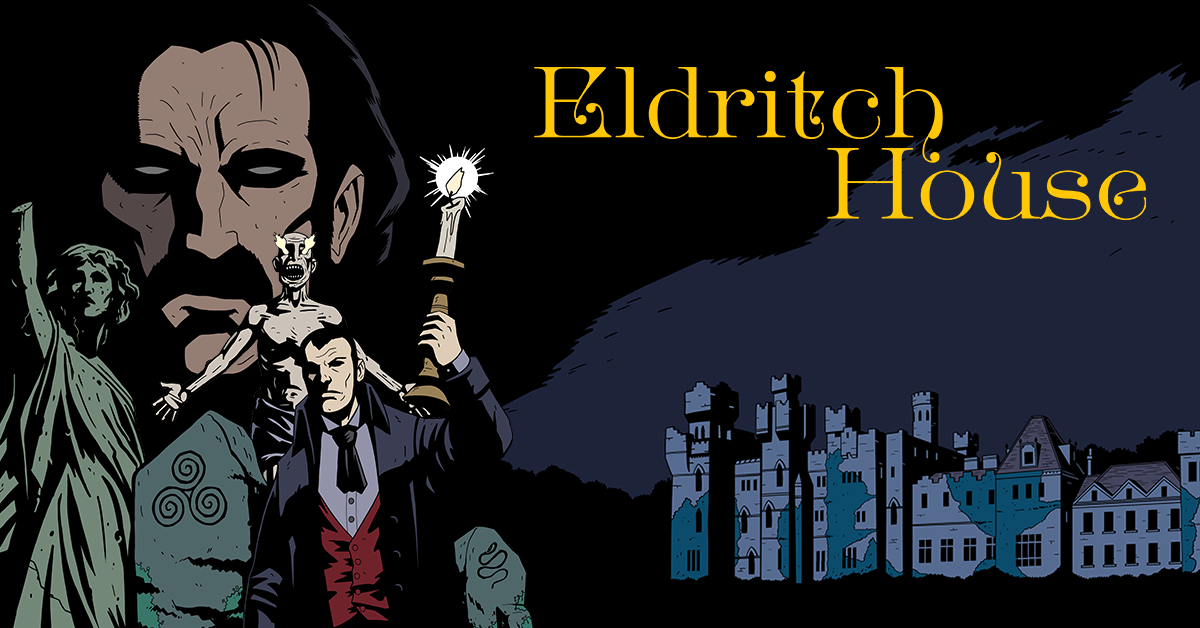 Eldritch House is a first-person narrative adventure that blends the supernatural and detective genres. Interrogate, examine and explore as you Investigate the disappearance of a young woman and the strange otherworldly occurrences at the remote hotel, Blake Manor. Can you unearth its secrets?

The year is 1897. The 20th century looms on the horizon. An age of science and reason has begun casting out the old ways across Europe, but superstition and tradition hold strong in the West of Ireland. Fear of the supernatural is still common.

You play Detective Ward as he investigates the disappearances of socialite Evelyn Deane from the remote hotel known as Blake Manor.

Explore the building while remaining incognito. Discover key locations and unravel what happened there. Look for clues, interview the staff and guests to find out what secrets they’re hiding, or cross-reference the facts to discover contradictions in their stories.

Craft skeleton keys and solve environmental puzzles to reach forbidden areas of the hotel grounds, above and below, but be warned – these old walls have seen centuries of tragedy and now, on the eve of Halloween, these spirits once more stalk the halls. Some are friendly and will help you, others are malignant and deadly. Can you lay the former to rest and banish the latter?

Uncover what happened to the girl and why. Then piece it all together in time to stop an even greater tragedy from happening, one that could result in the gruesome deaths of everyone staying at the hotel…

Find out more info on the game’s Steam page.