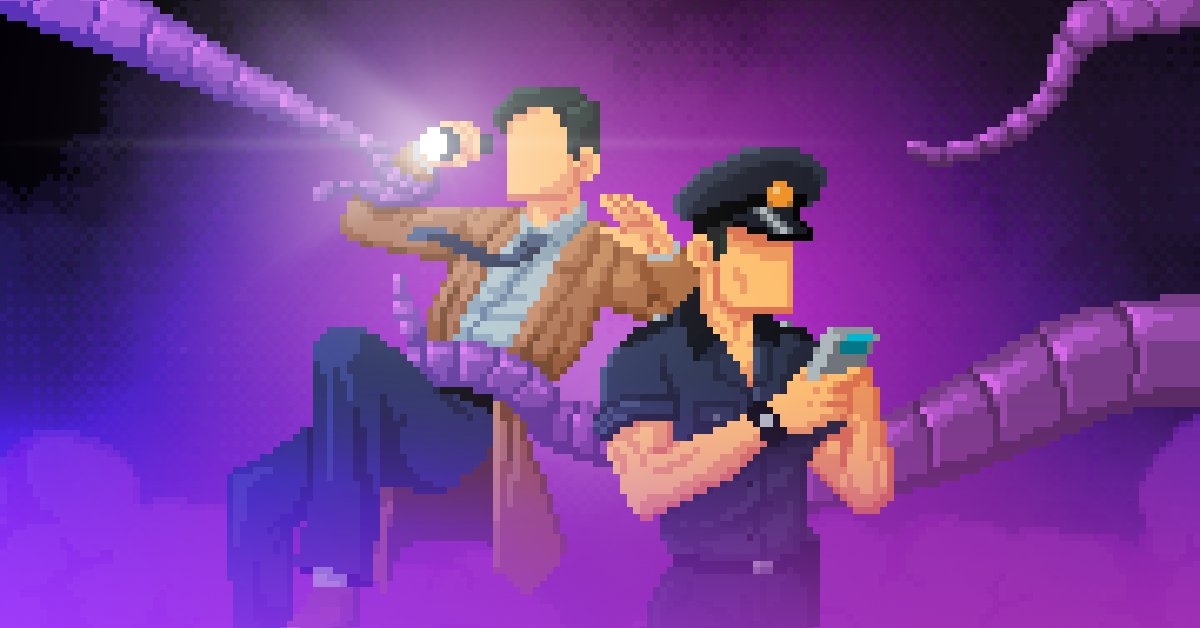 Where darkness dwells and evil rents at extortionate rates.

The Darkside Detective is a multi-award winning comedy point-and-click adventure game, following Detective Francis McQueen as he tries to rights the wrongs of Twin Lakes city. Oh, so many wrongs.

The game follows in the footsteps of classic 80s and 90s but includes a number of innovations to update it for a modern audience. The most notable of these is the structure which follows a monster-of-the-week format presenting the player with a series of smaller stories rather than one longer one, making it perfect for time-poor players.

Season 1 launched with 6 cases on July 27th 2017. 3 new cases were added between then and July 27th 2018, the final case wrapping Season 1 and setting up the premise for the next instalment in the series.

The Darkside Detective can be purchased from the following stores:

The second game in the series was successfully kickstarted on 12th October 2018:

A Fumble in the Dark, is published by Akupara Games and released on April 15th, 2021. It brings 6 more cases, all much longer than their S1 counterparts and expands the world of The Darkside Detective.